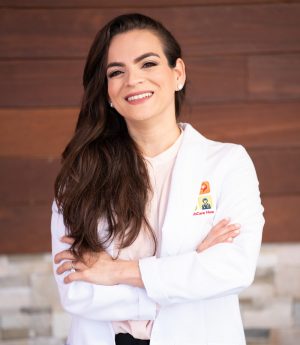 Paola Coronado, APRN is the newest addition to the Healthcare Now team.  She was born and raised in Barranquilla, Colombia and moved to the United States at age seven.  She initially studied nursing at Miami Dade college.  She then continued her studies and received her Advanced Family Nurse Practitioner degree from Barry University.

Upon graduation she began to work for a hospital based critical care group and was responsible for care of hospitalized patients as well as critically ill patients in the intensive care unit. She joined our team in early 2019 where she has brought her extensive skill set with her.

Paola is specifically interested in women’s health as well as the management of chronic illnesses and particularly illnesses of the respiratory system. She is a compassionate and caring provider who strives to make a difference in every patient’s life. In her time off she enjoys traveling as well as a multitude of outdoor activities.